Absolute scenes: I’ve managed to get through an entire month of training without any niggles or injuries. Not only that, but I even did a race – an actual race, with actual people.

So, here’s a summary of my past four weeks of training for the South Downs Way 50 (SDW50).

The total distance I covered in this period is 351km, which works out to be about 88km per week. I’m happy with that, especially since I could barely even walk at the start of February.

I ran over 100km in week 9, which included the longest and dullest run in a while at just over 35km. Said run was on roads to avoid the fallout from Storm Eunice which battered the country the day before.

Ask me to spend the same duration on the trails and I wouldn’t think twice about it, but I find long runs on roads such a chore. It’s only marginally more interesting than running on a treadmill.

For week 10, I dropped the distance by 20% as I was being cautious of my ongoing back issue, and then after that it was a week of easy runs leading up to the Amersham Ultra.

And that brings us up to last week, which was somehow week 12 of training. This block has flown by and I can’t believe it’s less than a month until I’ll be shuffling through the SDW50.

Anyway, I managed to run 90km last week, which I’m pleased with following a near six-hour slog around Amersham.

If you’re looking for an introductory ultra marathon, then consider the Amersham Ultra. It’s a decent route, it’s well organised, and all proceeds go to charity. But a word of advice: wear the most aggressive trail shoes you can find, because it’s a mudfest.

That was the case this year. I’m talking ankle-deep, energy sapping mud as well. The kind that sucks the life out of you and the shoes off your feet. Even as I write this, over a week later, I’m still finding bits of mud on my person.

I entered the race as a supported long run in preparation for the SDW50. There’s more motivation to get out and run for several hours when you’ve paid for the privilege, plus it’s also a great way to practise pacing, fueling and do a kit check.

Doing the Amersham Ultra was also a way to gauge my current fitness, following a few weeks of inconsistent training. So the aim was to get around in one piece, not tire myself out, and do it in a respectable time. I’m pleased to say I ticked all three boxes. 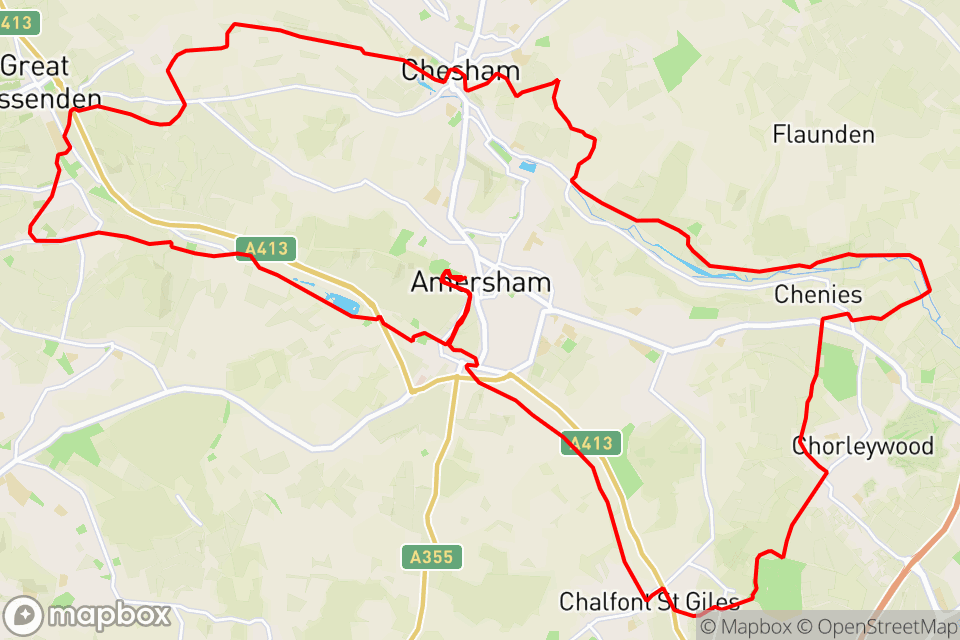 Not the result I wanted, but I'm happy to get another ultra under my belt. Absolute mud fest!

I finished in 5:42 with an average pace of 7:04/km. Ideally, I wanted my pace to be in the sixes, but tricky conditions, lack of enthusiasm and faffing around at aid stations meant it was never going to be quick.

My body held out throughout and I never felt weak or tired. My mind, however, struggled in the final few miles, just after leaving Chalfont St Giles and joining the South Bucks Way.

It was never a case of “I’m not going to finish this,” more “I can’t be arsed with this,” as I shuffled along a seemingly endless straight section, across exposed muddy fields and into a constant headwind.

But perseverance paid off and I got my first medal of the year. My legs didn’t feel too tired afterwards either – the benefits of not pushing it – and I was running again a couple of days later.

All in all, a nice little confidence booster.

Only four weeks until SDW50 and maranoia is creeping in. I know I have the endurance to see me through a 50-miler, but the lack of interval and hill sessions is playing on my mind.

It’s almost too late to make any performance gains, so the aim now is to have a couple of good weeks, remain injury-free, then spend the final fortnight tapering. Maybe even devise a race strategy, along the lines of run, walk, eat, drink and repeat many times.

As always, if you want to follow my progress than follow me on Strava. Otherwise, expect a race review in the not too distant future.